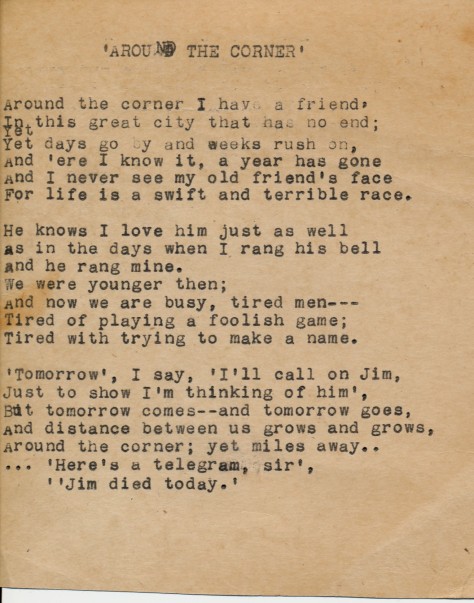 How does someone decide what is important enough to save over the years? I’m still trying to figure out what Aunt Marian was like. I found this typewritten poem on the back of an index card in the trunk with Aunt Marian’s items that I found in my parent’s attic.

I googled  Around the Corner and found that the poem was written by Charles Hanson Towne (1877-1949).  He was an author and editor, and edited various magazines across the years including  Smart Set, Delineator,  McClure’s, Designer, and Harper’s Bazaar.

Why did this poem resonate with Aunt Marian? Did she know soldiers who had been killed in World War II? Did she put the poem on the index card before or after she joined the Women’s’ Army Corps (WACs)?

21 thoughts on “Around the Corner”